1.Our solar system- Our solar system consists of eight planets and a small sun. The eight planets in order are; Mercury, Venus, Earth (humans home) Mars, Jupiter, Saturn, Uranus, Neptune. And then theres Pluto that was a planet until early 2000s when scientists found a moon of Plutos almost 3/4 the size of Pluto itself. After that scientists declared Pluto a dwarf planet and started a debate on whether Pluto is a planet or not. We are the third planet in the solar system, we are the only planet in the whole solar system as far as we know that can sustain life.

2.Milky way and other galaxies- The Milky way is a spiral galaxy, it is believed to contain a black hole in the middle of the galaxy. Spiral galaxies are a type of galaxy that spins in a spiraling motion. One galaxy can contain hundreds of billions of solar systems and trillions of planets. Some different types of galaxies are; spiral, barred, elliptical and irregular galaxies. Our solar system is roughly 26,000 lightyears away from the center of the galaxy. Compared to some galaxies the Milky way is merely a speck. Technically speaking the milky way is in the middle of the universe and so is everything else considering the way the universe expands.

One thing we did in class this week was learn about radiation, convection, and conduction. Radiation is heat given off by a source. Convection is the rotation of cold and heat. Conduction is heat applied from a touching surface.

You could do one on ” Your life” and have options for different ones like life at home and, or life at school and things like that.

My favorite hobby is to build with my legos. I can sit in my room for hours at a time building amazing items like airplanes and campers, trucks and more. When I was 6 my parents bought me a small box of legos for a program in my homeschool co-op. From then on I’ve gained more legos and skills. http://www.lego.com/en-us/default.aspx

Another thing I LOVE to do is to read. I’ll read allmost any FICTION book that you will give me, I usually read when I go to bed then I’ll read myself to sleep. I can sometimes be in 3 to 4 books at a time.   http://www.gwinnettpl.org/ 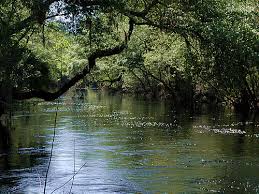 I’m a HUGE outdoors person. I was born in Alabama and have lived in the southern states my whole life. Once my friends and I went hiking in some woods and hiked for miles to friends neighborhoods. I also go camping with my grandparents at a campsite called Tanneehill statepark in Mcalla Alabama. I REALLY  LOVE THE WOODS!!!!!   http://www.tannehill.org/

So I admit I do not enjoy cooking and that if something takes a long time or has too many ingredients I will steer clear from cooking it.  I guess you could call me a “Hamburger Helper” cook.  I like it to be easy and fast.  But then I started thinking about my childhood and how much I enjoyed when my mother would make Homemade Southern Fried Chicken for the family.  It was always for a special occasion such as a birthday and since I am one of six children we had it quite often.

My mother is a wonderful cook and always gave us opportunity to learn how she made things, I just never took an interest.  So it surprised her when I called to get her recipe for her chicken.  Of course you have to have a cast iron skillet to cook this and I had one, a very small one.  You also have to have a lot of grease to cook the chicken which only brings one thing to mind, grease fire.  After checking to make sure I have a fire extinguisher handy I began cooking and FOUR hours later I finished cooking my last piece of chicken.

It was probably the best chicken I ever tasted, not because I cooked it but because my family loved it and wanted more.  I am still the “Hamburger Helper” cook.  Quick and easy is my motto. But I will occasionally step out and treat my family to some Southern Fried Chicken to make those memories for them.

Once there was a boy named Samuel. He was abused by his parents and had no friends because his parents had never let him near society. One day he had had enough and decided to run away from the torture and abuse. He still had nowhere to run or stay besides his horrible parents.

Should he go back, or keep powering on away to freedom? Now you decide and add on to the story.